Santo Domingo is the capital of the Dominican Republic, and is also the most populous city int he east of Hispanolia, belonging to the Great Antilles. Creation time, so the 1496 new world’s oldest continually inhabited settlement. The name of the city you want to set the the memory of the younger brother of Columbus, father Alfred, the first Patron Saint of his father and the village of Santo Domingo de Guzmán. In 1509 the first seat of Spanish colonial Viceroyalty. Here pirated, among other famous English sir Francis Drake. But not only the history, but the architecture is amazing.

The city’s most beautiful part the La Zona Colonial, we may admire it here it Calle El Conde narrow cosy streets. Many scenes were filmed in Hollywood movies, including “the godfather” film. This historic part of the city, a UNESCO World Heritage site. Large arcades, colourful buildings and temples, just make some impressive local-style architecture to name a few. The streets of Havana’s colonial old town, for this reason, many Cuban-themed movie were filmed in the streets of Santo Domingo. The lost city title film prepared in Cuba originally, but because of the political discords, in Dominican Republic turned. The Tres Ojos hyaenas in Jurassic Park, movie scenes, you see. Santo Domingo, all completely unique, so I need to visit the former capital of Hispaniola. The first University, Cathedral, Castle, monastery, the site of the Fort in the new world, which is included in the program. The Alcázar de Colón, which was once the colonial Palace of the Columbus family, Museum of contemporary furnishings and décor. During the free program, you can taste the local flavours, listen to the pulsating Latin music style. Close to the city’s own architecture.

Description of the trip:

– a comfortable air conditioned minibus from the hotel

– non-alcoholic beverages throughout the whole tour / all inclusive

– lunch in the price

– free time in the city

– mausoleum of Christopher Columbus and Lighthouse

– alcoholic and soft drinks in a minibus

– a guide in Hungarian

During the tour you can buy your professional photographer’s pictures.

We will pick up our guests before the reception and return them here too.

The capital is one of the nicest in the Dominican Republic and is the first city in the new world.

Come with us and discover the capital …

Apply for a trip 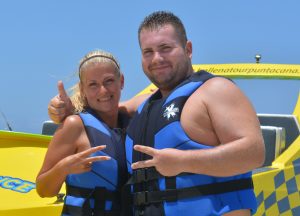